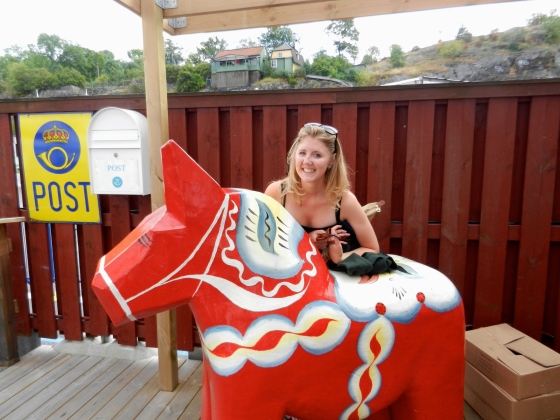 August 9 Our view from the ship’s cabin was dotted with little cottages and small boats as we docked in Stockholm.  Another city based on water trade, Stockholm is home to many fishermen and the downtown doesn’t disappoint.

Tall ships, frigates and numerous cruise lines all make a stop in Stockholm.  We disembarked and bought a ticket on a water ferry over to see the VASA ship, a Swedish fighting ship that sank just a mile from shore on its maiden voyage.  As our guide said, “it was a very important sinking. Much learning about ship building came about from the failure.” I like to think that statement can be applied to all of life.

Following the museum tour, we headed to old town, Gamla Stan, where we queued up for the Royal Changing of the Guards.  This was a long show but we got to hear a marching band and watch soldiers exchange duties in perfect formation.

The highlight for several in our group was the excursion to the Absolut Ice Bar in downtown Stockholm.  Imagine drinking delicious cocktails in ice glasses while you’re surrounded by carved ice sculptures not to mention the mittens, heavy cloaks and hoods that we wore to keep us toasty while sitting in the ice bar. 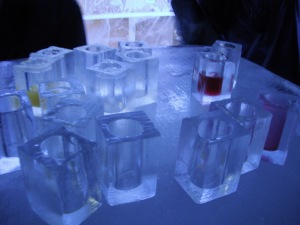 Lindsey and Lilly try to stay warm in Ice Bar

Everything in the bar is made from ice, including the stools to sit on. Lindsey and Lauren wore flip flops and they instantly felt the cold.  The kids were served non-alcoholic drinks and the adults had the opportunity to try unusual concoctions with names like Sleigh Ride.