It was hard to leave the clear blue waters of our pool but we were excited to see what village treasures lay beyond the town of Siena. We stopped first at San Galgano Abbey, an abandoned soaring abbey made famous because its missing a roof. It’s not much to tour as it doesn’t have any relics left but we simply let our imagine run wild as we walked through the abbey. The architecture was to rival the best of Roman cathedrals but once the Bubonic Plague hit the area and the monks sold the lead in the roof to finance their operation, well, the place was abandoned. And we were the lucky visitors to tour it. Close by, there is another church– super tiny but still in operation–and features a true “sword in a stone.” Tourists are cautioned, however to not try to pull the sword out. In fact, there is a decrepit black hand on display that shows just what happens to those who attempt such an act. Following our visit, we stopped for a glass of wine at a winery conveniently located for tourists parched during a 90 degree day. 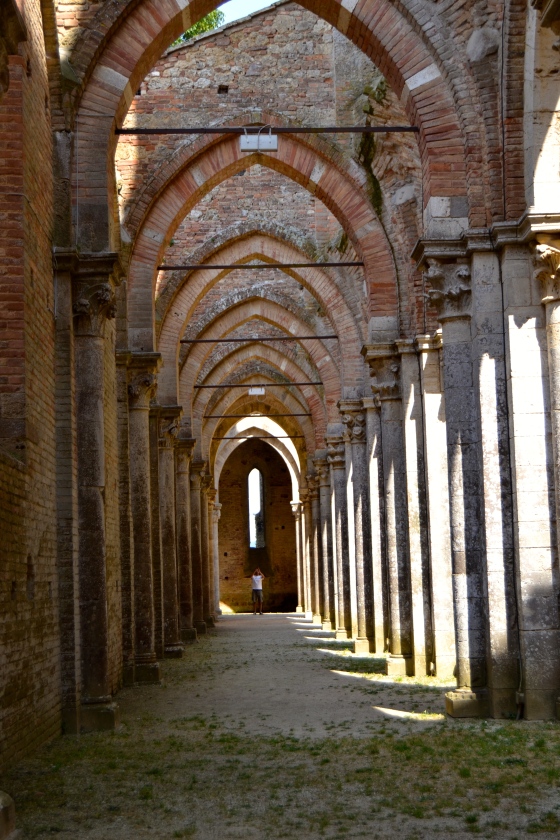 The perfectly symmetrial Roman arches of the abbey

The San Galgano abbey from the fields

Our next stop was Volterra, a picturesque town that features views of the Mediterranean Sea (on a clear day). More than 2,000 years ago Volterra was a key trading center and one of the most important Etruscan cities. The city still boasts the oldest Etruscan gate (4th C BC!) still standing in the world. Artisans still craft items using alabaster, their stone of choice, and I picked up a cool alabaster wine stopper as a souvenir. For lunch, we ate at a wonderful cantina on a windy side street. it was here that we discovered one of our favorite Italian signs which I have had reproduced by my friend Paige for our ever-growing wine tasting room. 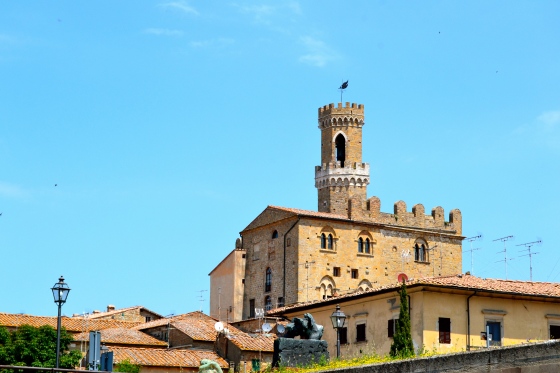 Tower stands tall against the bright Tuscan sky in Volterra

Lastly, we hit up San Gimignano, a walled city with 14 towers still standing! History tells us that each tower was owned by noble families who would battle each other from their towers. It’s quite a sight as you drive in the from the country with the towers like little skyscrapers in a medieval metropolis. There was a bit of Veronese flavor in this city, with a very old well still drawing water from the main piazza.

San Gigmagno towers in the distance 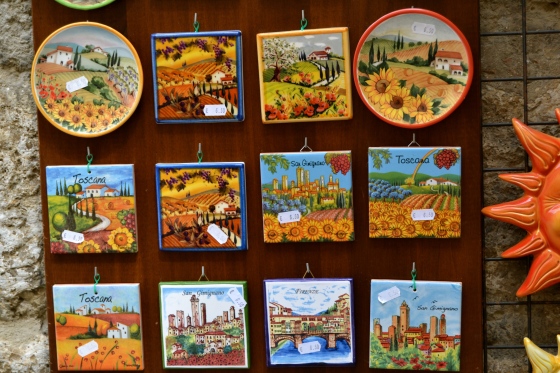 I’m a sucker for hand-painted tiles. Not sure what I’ll do with them, but they capture the spirit of the area

The panoramic view from this old piazza reminded us of Verona. Here is the old well (cistern) in the center.

The girls pose outside San Gimignano before heading home 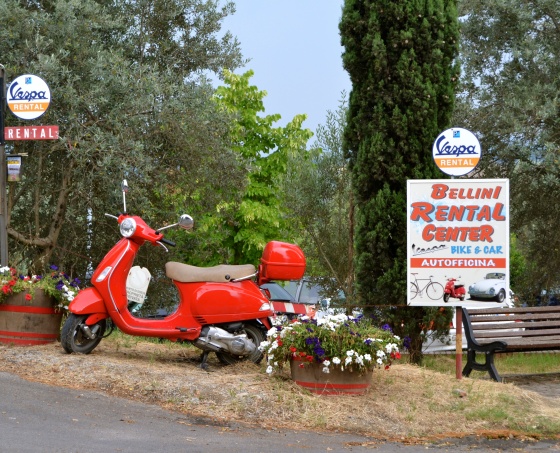 The only way to travel in Italy..