Rudolph (Lilly) is ready for the race to start

It wasn’t long before Lilly discovered that after-school clubs were a great way to continue having fun during the day. On her first day at Pinehurst Elementary she met the PE coach, Ms. Harms, who asked her if she liked to run. Lilly was casual in her response saying she enjoyed playing soccer and thought running was something she was good at. Little did we know that that small encounter was enough to unleash Lilly’s competitive gene and she was fully committed to the Running Club from that day forward. For the past 5 weeks, Lilly and other PES students have met twice a week with their PE coach and some dedicated adult helpers to run and learn more about fitness. The weather has generally been good since October and the club has never cancelled due to rain or cold. The end goal was to participate in a local 5K in December–the Reindeer Run. Great motivation for these 3rd, 4th and 5th grade students. 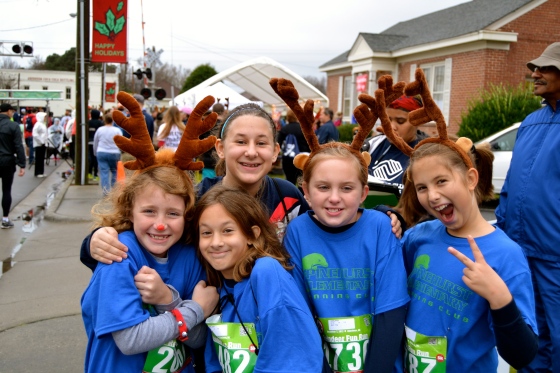 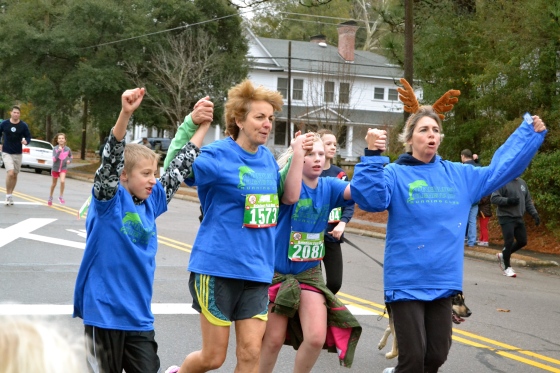 The Reindeer Run was held on the first weekend in December in historic downtown Aberdeen and 30 kids from PES showed up to run the race. Lilly and her friends were decked out in all sorts of festive accessories as runners were encouraged to get into the fun holiday spirit. Every runner was issued a set of reindeer antlers and the kids had great time running the race and then playing in the Kid Zone immediately following. Tim and I stayed warm sipping on Starbucks coffee and cheering Lilly to the finish line. The snow making machine at the end of the race was a nice touch as flakes gently drifted over racers as rockin Christmas music played from the loud speakers. It was such a wonderful community experience that we’ve made plans to run the race as a family in 2014! 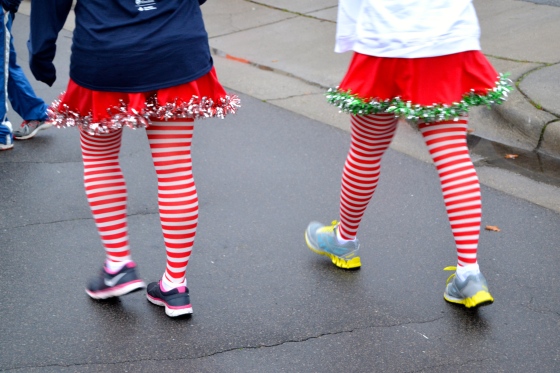 Fancy legs at the Reindeer Run

These girls smoked the 12K competition. It must have been their lumberjack outfits

Of course, wearing a go-pro camera to capture your race experience is a must

my favorite adult runner was this guy in the 12K race wearing an undershirt…and it was COLD. 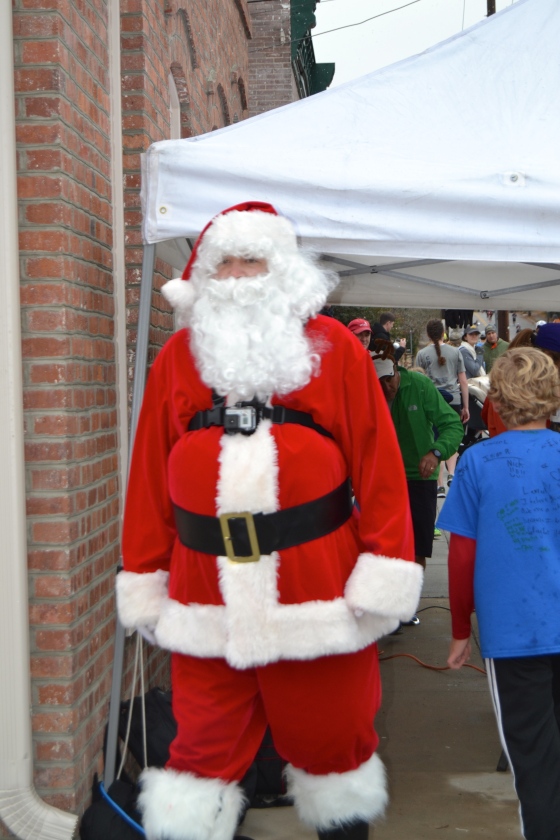 No way a Reindeer Run could be successful without Santa Claus