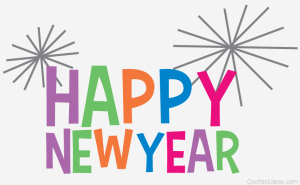 Greetings from The Rietkerks in Southern California!

The Rietkerk family has landed and set up home in rolling hills of Southern California. It took longer than we had first hoped…more than 9 months of looking, evaluating, making a few offers and then, in May, finding a wonderful place to call home. We live close to school and Kristen’s work and have enjoyed setting up the house with the things that make it a home. It was also liberating to finally toss those unopened boxes that have moved with us over the past 3 military moves [never fear—I did open them before donating them] We’re slowly getting to know our new community and make frequent visits to the mini-mart for take-home pizza or tamales. On many evenings, we’re struck by the beauty of the sky with sunsets painted in soft sherbet colors of pink, orange, and yellow. It’s a final flourish that seems to set the world back to right again after particularly wearisome days.

This was a year of milestone occasions with Tim’s ‘official’ retirement from the Army in February. Tim and I celebrated the way we customarily do—with bottles of wine and good food—this time enjoyed in Italy. We spent several weeks in May making our way to some of our favorite places including Rome, Cinque Terre and Assisi. Lots of churches, art and cobblestone streets and plenty of quiet moments to enjoy the views. A highlight was being in Assisi for several days and walking the hills of this town, wondering what it might be like to receive a vision like the one St. Francis had from Christ in 1205.

We also celebrated two significant birthdays…Lauren’s 21st and my 50th. The fun and merriment of Lauren’s special day in September called for a weekend in Palm Desert; mine was a low-key affair at home. I’ll admit, I wasn’t excited to whoop it up at the half-century marker; I’d have much preferred to simply skip over it and get on with 55 already. Tim did take the initiative and sign me up with AARP…you know, for all those great senior discounts we’re entitled to.

An update on the kids… 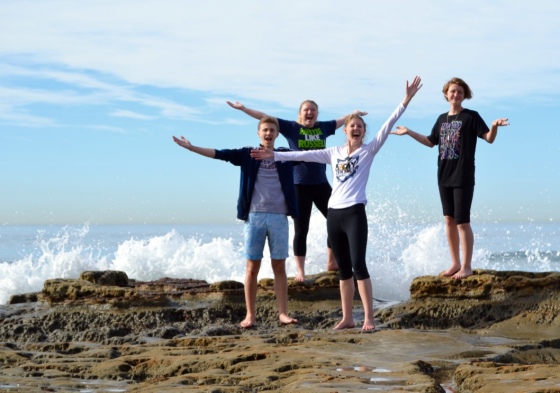 Lindsey changed jobs this year–moving from the Friends of the Arboretum to Millennium Challenge Corporation. She enjoys the work, her co-workers and most of all, the mission of the organization. She remains in the Washington DC area and is our go-to person for all things political. She and her boyfriend James made a trip out to Seattle to party with the Rietkerks on the occasion of Tim’s parents’ 50th wedding anniversary in August.

Lauren is in her final year of undergraduate studies at Azusa Pacific University majoring in psychology. She continues to have a confident and upbeat attitude and can turn just about anyone’s frown upside down. She now has a car, which means [hopefully] more time at home with the family. We look forward to celebrating her graduation in May and seeing where she goes next. Her desire is graduate school and ultimately working with animals.

Will is a Junior at Calvin Christian and still has a strong leaning toward performance and entertainment, though he insists he’ll get a college degree to back him up. He plays soccer, sings with Faith Expressions and takes every opportunity to get behind the mic. We had great fun this Christmas with karaoke which seems to be a perfect match for him.

Lilly is in 7th grade and is as spirited and aggressive as when she started pre-school. She enjoys engaging the family in hot topics over dinner, which means I now have two kids to compete with for time at the table. For Christmas, she received a ukulele and has entertained us most nights with renditions of “classic” songs like Amazing Grace and the Beatles’ Octopus’ Garden. She’s working hard to accomplish songs from her favorite band, Twenty One Pilots.

A Perfect Day to enjoy the fountains of Tivoli

An update on US, the parents…

Since retiring, Tim hasn’t had much “down time” to sit on the patio, drink coffee and read books. [I think this is what we thought retirement would be like] Instead, he’s overseen several projects at the house and is coaching the girls’ soccer team at Calvin Christian. He’s also been very involved in our church as we go through the search for a new senior pastor. I freely admit that I pretend to be an authority on change but in reality, it’s Tim’s advice that channels through me.

I marked my one-year anniversary as Church Mission Catalyst at Crossroads Church in July and still enjoy discovering how the church can be an agent of change in the community. My happiest days are those spent listening to others and asking questions. I’m still an information junkie, scanning social media and print media for the latest, greatest remedy for what ails us. I’ve connected with a few dreamers and that fuels the fire for wanting to see sustainable change in our neck of the woods.

Which brings me to….
November was a particularly tough month. I resonate with the words of author and sage Parker Palmer, who, following the election, said,

Life must go on. The quest for democracy must go on….I want to be involved in all of it as long as I can. But first, I have grief work to do… Today will begin with poetry and some music and a kind word to myself.”

I think self-care is absolutely critical for being a helpful neighbor and once the grieving is over, it’s time to get back to the serious business of loving well. We’re not content to rest on clichés like “We’ll get ‘em in 4 years” and “Let’s pray about it.” To those we say an emphatic YES, AND… ask the hard questions of our friends who voted for the other candidate and listen to their story; join with a faith community in praying for a world without war; find a small organization who’s mission you believe in and volunteer your time to make the load lighter; be a decent community member and champion the good things that bring flourishing to our world.

We continue to develop deeper relationships with new friends, young and old, and it’s a treat to spend time around the table laughing and sharing stories. I think hope sometimes looks like a larger table with plenty of room for more to join the feast. Please say you’ll come!

We wish you a very Happy New Year!

It's the memory of a splendid place that continues to go with the moving traveler for the rest of life, after he has had the experience of it and gone away. Hemingway said to a friend..." If you are lucky enough to have lived in Paris as a young man, then wherever you go for the rest of your life, it stays with you, for Paris is a moveable feast."
%d bloggers like this: